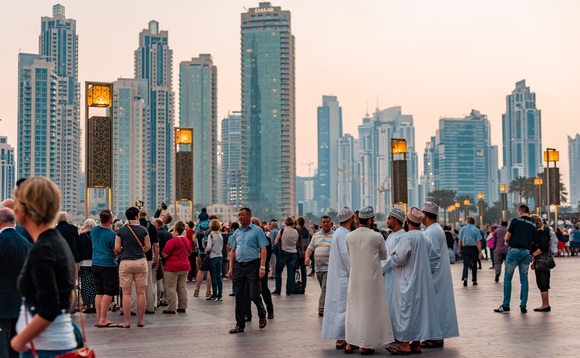 Multinationals and foreigners have always been attracted to the UAE by its tax advantages, as well as the life of luxury.

This month, the Group of Seven rich powers endorsed an unprecedented agreement for a global minimum corporate income tax. It targets major tech companies that are not paying enough. The goal is to have a minimum tax rate of 15%

The agreement is only the first step of a long process that will lead to its realization. However, tax havens, which attract companies like Google, Facebook, and Amazon, are also in the spotlight.

The United Arab Emirates was among the top 10 most tax-friendly countries in March. There are thousands of companies with regional offices in the UAE, with Abu Dhabi being the capital and Dubai the largest draw.

Dubai has announced this week that it will reduce government procedures in the next few months as part of its efforts to lower the cost of doing business, and to further boost economic growth.

The UAE, which was hard hit by the coronavirus pandemic in 2011, has launched a series of reforms. It will allow foreigners full ownership of businesses. Before, it was limited to 49 percent, unless the business is located in certain free trade zones.

Abdulla bin Touq Al Marri, Economy Minister, said that the changes were made to increase the competitiveness of the country. At the moment, the country is 16th in ease of doing business rankings by the World Bank.

UAE, which is dependent on its international image, will want to be considered part of the global system.

There are limited upsides to remaining outside the agreement, especially if it is approved by the G20 or OECD countries.

Even if the tax burden for businesses increases, the government is likely to simplify and consolidate fees. This is similar to what happens in Luxembourg and Malta where multiple exemptions reduce the final bill significantly.

The authorities are already realizing the importance of creating a broader business environment and a social environment to attract and retain foreign talent and investment.

The raft of visa reforms and business reforms that have been announced in the last year has demonstrated this. Many foreign executives are drawn to Dubai, Abu Dhabi and Ras Al Khaimah because of the high-quality lifestyle.

These two emirates serve as air hubs and provide a range of luxury services that are dependent on a large migrant labor force, mainly from South Asian countries.

Investors from around the world have found that the UAE has a low tax rate is a significant incentive.

Emirati policymakers must think outside the box and look at restructuring fees related to business. Even with the proposed impact of a global minimum corporate tax, the UAE will still be a low-tax environment.

It’s highly likely that the Emirates will continue to be competitive, despite the introduction of new taxes in Gulf countries over the years. This was despite the economic slump caused by a drop in oil price.

The UAE has a strong commercial environment with excellent connectivity to major global markets. It also enjoys a high standard of living and a dynamic labor market that employs skilled expatriates at a low cost.