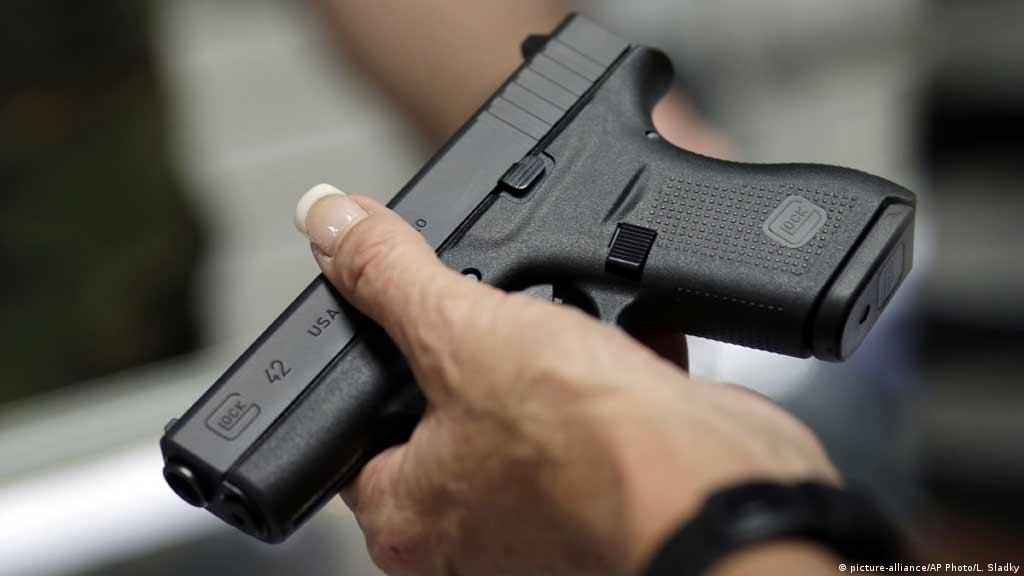 In 2020 and 2021, gun sales skyrocketed to a record high in the United States. It all began when the pandemic started. Since then, there have been millions of new gun owners with 3 million more in 2021 alone. Some are buying rifles and shotguns, but most are buying handguns.

Why are so many Americans rushing out to buy handguns? It’s mostly for protection, but there isn’t exactly an imminent threat. However, there could be.

Here are 5 of the most common reasons millions of Americans are buying handguns.

Most people have noticed that inflation has risen. Experts say it’s reached a forty-year high, and some say it’s actually the beginning of hyperinflation. Regardless of whether we’re moving into a period of hyperinflation or just astronomical inflation, it takes more money to buy things than it did last year.

Firearms, while fairly cheap, are considered a big purchase. When inflation starts to rise, most people try to acquire their big purchases as soon as possible. For some people, this means buying all the firearms on their list. Or, for first-time gun buyers, purchasing their first firearm.

In the long run, gun owners can save hundreds, if not thousands, of dollars by getting what they need now rather than waiting. All pistols, rifles, shotguns, ammunition, magazines, and parts are cheaper now than they will be in the near future.

The most common reason people buy guns is for protection; people want to protect themselves, their home, and their family from intruders. This makes perfect sense and is a solid reason to own a firearm.

There are many instances where gun owners have successfully stopped armed criminals with their own guns. For instance, a disabled firefighter from Florida was attacked by an intruder who punched him in the jaw and tried to gouge his eyes out. He shot the intruder in the stomach and she was quickly arrested.

Protection doesn’t end at home, however. Many people choose to get a concealed carry permit so they can take their firearm with them and conceal it underneath their clothes. While some states allow open carry, concealing your firearm creates less fear from onlookers and prevents people from trying to steal your weapon.

Whether you open carry or conceal carry, you won’t have a problem defending yourself or your loved ones from someone trying to do harm. Without a gun, you’d be in trouble.

Plenty of people own guns just for the fun of target shooting. Some peoples shoot clay targets out in a field, while others shoot paper targets in a shooting range. Either way, shooting at targets is a fun way to improve your marksmanship skills and get hands-on training.

Some people take target shooting extremely seriously and practice on a regular basis. For these people, shooting is a true sport and not just a hobby. For new gun owners, joining a local shooting club is one of the best ways to become more familiar and comfortable with handling and shooting a handgun.

Hunting is not only a hobby – it’s also a practical skill. While some people hunt for fun, others hunt specifically to feed their families. Regardless of why people hunt, most prefer using a firearm. However, only a select number of people hunt with handguns.

Hunting with a handgun is done at close-range and requires high accuracy and excellent marksmanship skills. Those who pursue this type of hunting say it’s exciting.

There are many serious gun collectors in the world, and many of them are buying all the handguns on their want list now to beat inflation. They don’t necessarily have any plans to use them, but they still want to collect them.

Other people collect guns, but they also use them for target practice. Usually, people who collect guns also have at least one firearm set aside for protection.

We’ve already gotten through 2021 and gun sales haven’t returned to pre-pandemic levels. With inflation rapidly rising, it’s unlikely that gun sales will slow down anytime soon. Everyone wants to get what they can now before prices rise to astronomical heights.

Given the rise in crime, it’s become essential for citizens to arm themselves for protection, even if they normally use their guns for sport. There’s no telling what the future will hold, but at least people will be able to defend themselves.