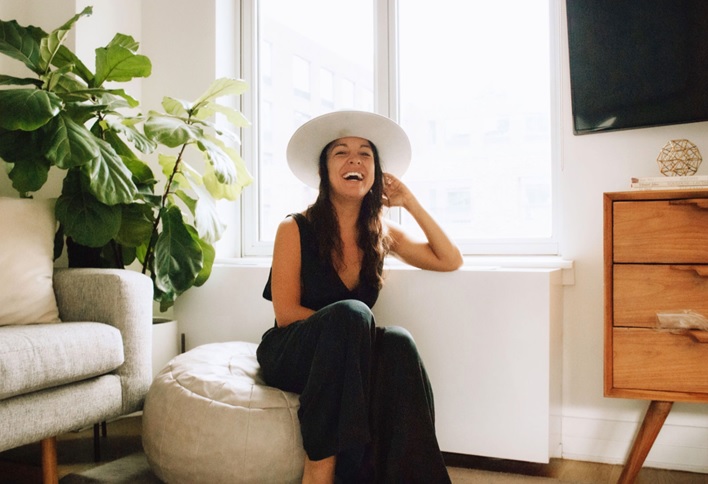 Too often, entrepreneurs prefer to remain anonymous, abstaining from showing too much of themselves in an effort to remain elusive or even mythical. Not so with Miki Agrawal. The founder of TUSHY, Thinx, and WILD has opened up so that others can get to know the creative person behind some of the most innovative new companies in the world today.

Now, Miki Agrawal has sat down to open up about herself, her beliefs, and who she is as a person.

Q: Is it true that you used to be a professional soccer player?

Q: What current project have you been working on?

A: I’ve been working on a science project that will support the planet by helping with the plastic crisis. It’s something that I can’t talk a lot about right now, but I’m really excited about it.

Q: Can you tell us a little bit about TUSHY?

A: Of course! TUSHY is a bidet attachment that can be easily connected to any standard toilet. It makes it possible for anyone to have a big day without replacing their regular toilet. I am hoping to bring bidets to every American bathroom!

Q: That sounds exciting. Are there any new developments with TUSHY?

A: Absolutely! We recently finished a funding round for TUSHY. And we have just launched a new version of TUSHY, which is the TUSHY Ace Electric Bidet. It’s our first electric bidet that has its own designer remote control.

Q: What other companies have you founded?

A: My first company was a farm-to-table restaurant in New York City called WILD. It was the first ever restaurant of that kind in the city. I also founded a company called Thinx. Thinx transforms how women deal with their periods.

Q: What do you think has been your greatest accomplishment so far?

A: I’m very proud of saving 15 million trees each year, which is the number of trees that are killed to create toilet paper in just one year. TUSHY helps to reduce the use of toilet paper, as well as improve human health and hygiene.

Q: Now that you have a platform, what is the single most important message that you would like to communicate to the world?

A: I would like to tell people that it’s important to save the planet, your health, and your pocketbook by adopting reusable products like the TUSHY bidet.

Q: if you could go back in time and give advice to the younger version of yourself, what advice would you give?

A: I would tell myself not to sweat the small stuff!