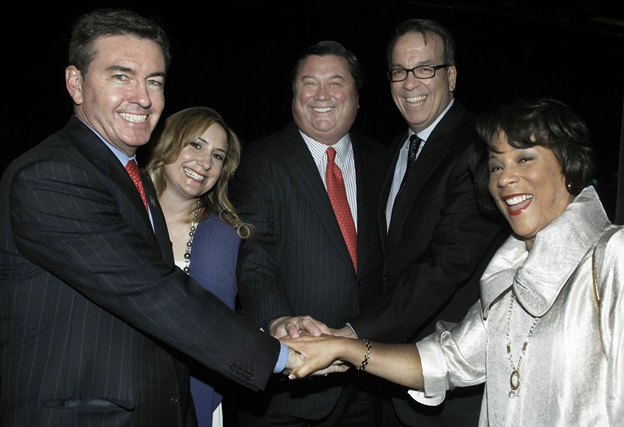 John Hailer, current Chairman of Diffractive Managers Group and President of 1251 Capital Group, Inc. in Boston, oversaw philanthropic activities at Natixis Investment Managers for more than a decade. He recently spoke about the significance of a business-minded approach to philanthropic giving, which is different than what many others do.

As companies focus more on ESG measures, the significance of their social impact has expanded. Environmental, social, and governance indicators are ESG indicators. John Hailer answers the subject, “Where should a corporation begin when there are competing agendas, a saturated non-profit market, and difficult-to-manage worldwide challenges?”

First, according to Hailer, the emphasis must be fine-tuned. The ultimate target must always be in sight. During his employment at Natixis, John Hailer spoke with employees and corporate management to identify groups providing vital human services to underprivileged individuals in towns and regions where Natixis conducted business. According to Hailer, concentrated efforts provide better results. Focus on your strengths and resist the urge to cast a broad net. In the instance of Natixis, as Hailer recounts, it became necessary to maintain a local presence. Choose one location where you would want to have a significant difference, and then treat it as though it were a core application of your own corporate business procedures.

Focus on Building a Skillset

“We were pleased that Natixis was able to supply new skill sets to existing agencies,” says John Hailer. Finding specialists with suitable skill sets was determined to be the second-greatest challenge for nonprofits, behind fundraising. Use the same strategy while establishing your charity teams as you would when recruiting for your own business. You would not hire just anybody. You would carefully evaluate prospects and construct a group of staff with diverse skill sets capable of completing all departmental duties. And although you should never refuse offered assistance, you must make a place for more useful players who bring the necessary talents that will be most valued in the field.

Too often, emerging charities disregard the gains that older charities in the same sector have previously made. Instead of attempting to operate in isolation, determine how your charity aims might support the shared objectives of other groups that are already established in the sector. You would not want your company departments to behave autonomously and be unaware of one another’s actions. You are aware that this would result in duplication and redundant efforts. Consider how your philanthropic effort might complement current services as opposed to duplicating or competing with them. Hailer says, “Work together to construct something that would have taken considerably longer if you had worked alone.”

Hailer developed this corporate-minded approach to philanthropy during his tenure at Natixis, and he feels that other charitable organizations may profit from it. “During my tenure,” Hailer grinned, “we watched employees exceeding their personal limits and forging friendships that had never existed before.”